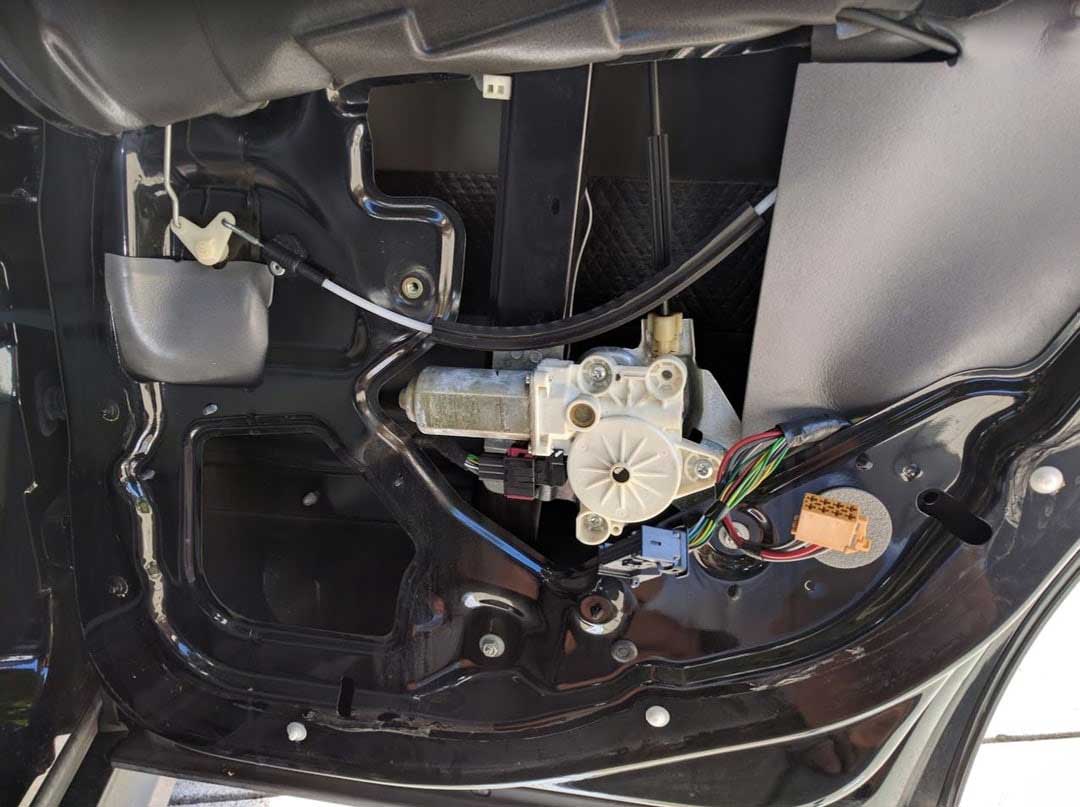 The new style switches for the older window motors are not directly compatible and will need to be integrated through custom circuitry. If using a microcontroller for control of this system, programming and DC voltage systems knowledge is necessary.

Another aspect that makes this a challenge is that linear motion systems mostly use limit switches to run the system safely within its designated range. Newer window motors usually have a self-resetting breaker to keep the motors from overheating or binding. The target vehicle has no resettable breakers and does not have enough room for limit switches and the necessary wiring.

Controls for an electronics retrofit kit are needed for electric windows in an older car with no computer system. The desired result is to create a kit that will allow the windows to perform in the same manner that newer cars feature.

Since this is a vehicle, it will need to be able to drive 12-volt relays. The number of inputs and outputs will require a microcontroller. The combination of these two factors means that a dual voltage system may be necessary.

The window switches have already been sourced and have two outputs for five button states. The buttons should be able to move the windows up, down, to the closed up position, and the fully open position.

This system will be able to perform all window movements and keep the system from drawing excessive power to the components. A passenger window switch should output its button states to an Arduino Nano to move the window as long as the first stage button is pressed until released, and automatically to the final position if the second stage button is pressed momentarily. Any other button press on the same window should interrupt the current motion of the window.

The Arduino will control 12-volt relays that will power the high current window motors. The window motor has two power wires and is grounded through the body. The use of the relays effectively turns the wiring into an H-bridge for the motor control. It is imperative that the up and down relay cannot be on at the same time or the motor will short out.

In order to stop the motors on automatic movements, it is desired that a Hall effect current sensor is used because it will be able to handle up to 30 amps and be a non-invasive method of measuring stall current of the motors.

In the program itself, it must be able to sequence a combination of two signals to indicate five button states: no signal - no output; signal A - up; signal A then B - full up; signal B - down; signal B then A - full down. These states will either turn on a relay for the time that the button is pressed (for single signal), or latch the relay on (for both signals) until the current sensing interrupt signals that the window has gone to the final location

The rich text element allows you to create and format headings, paragraphs, blockquotes, images, and video all in one place instead of having to add and format them individually. Just double-click and easily create content.

How to customize formatting for each rich text

Headings, paragraphs, blockquotes, figures, images, and figure captions can all be styled after a class is added to the rich text element using the "When inside of" nested selector system.

Written plan for how the solution will work with technical details and functional details of:

Pictures or a video of a breadboard

Note: Any Arduino can be used by the applicant, but the final design must be for an Arduino Nano.

In the event that this challenge is inconclusive or does not provide a fully functional solution, winners of the challenge may be contacted to make adjustments or improvements to the final designs.

Please take a moment to review this project's terms and agreement.

Not your cup of tea?